"Dedicated to the preservation of all turbocharged motorcycles"

AN IMPORTANT MESSAGE FROM THE PRESIDENT 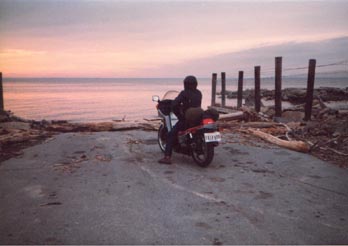 For over a year, TMIOA officers have struggled with the idea of ceasing Turbo News publication. The internet has emerged as the dominant source of news and information about turbocharged motorcycles and it has created an increasingly popular alternative to a published newsletter.

From the very first day in 1996 that Turbo News Editor Steve Klose created the website our membership rolls have fallen by 50% until they now fluctuate between 50 and 100. Over the past year we have continued to publish Turbo News, but now the lack of new Turbo News material has forced us to make the decision to end newsletter publication sooner than we had anticipated.

TMIOA’s future lies in the internet virtual world as a resource for turbocharged motorcycle owners. We can provide any new information, create a registry to replace the membership directory, maintain the bulletin board, announce rally dates, sites, and details, and offer merchandise, technical support, and back issues much more efficiently and timely through the website. TMIOA isn’t going to cease; it’s just going to change and we hope these changes make our association more relevant than ever.

Allen Lough of Penn Laird, VA, took over the reigns of the club in December of 1991. It was Allen who started the ever-popular Turbo Rallies I-XXII that continued from 1992-2016. In March 1995, club responsibilities were assumed by Bob Miller and duties were split among four members who continued the leadership and dedication set down by John and Allen.

Today, the TMIOA serves as the worldwide resource for Turbo owners. There is no paid staff (there never was) - only volunteers giving their time, expertise, and knowledge and sharing the joys of turbocharged motorcycles.