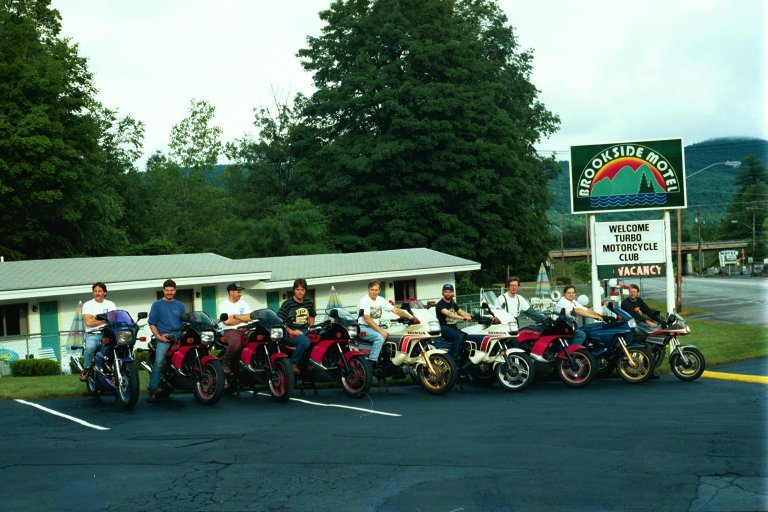 1998 Rally XIII was unfortunately marred by an excessive amount of rain that year. The hardy group that toughed out an entire weekend of sitting on the porch watching the rain were rewarded with a 2-hour window of sunshine late Saturday afternoon. Within minutes of this photo being taken the group was off for a quick 2-hour tour of the surrounding hills 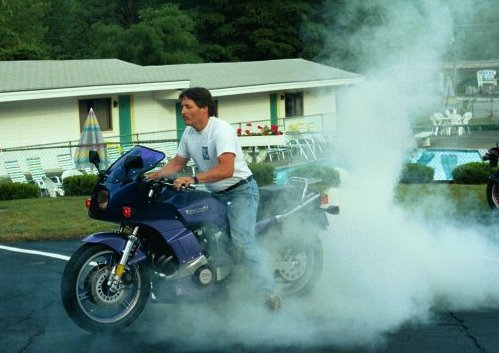