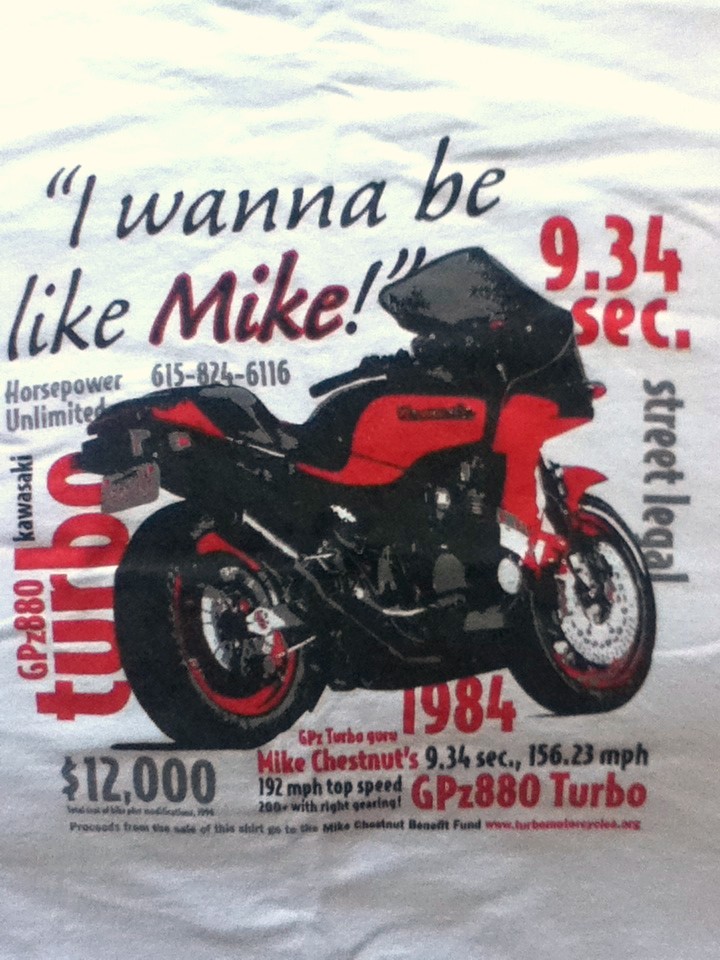 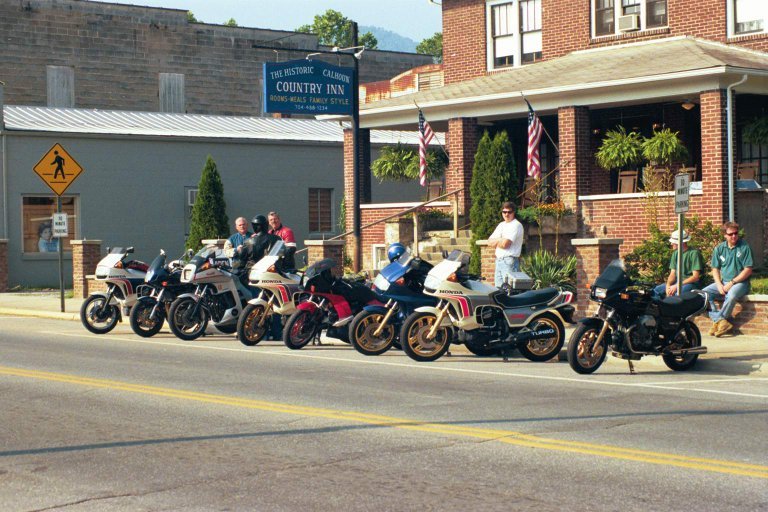 Turbo Rally IX (1999) in Bryson City North Carolina was a resounding success. People traveled from all over the Eastern seaboard and Canada to be there. Here a small group of bikes are parked while the group was inside enjoying breakfast before the start of a full day of riding.