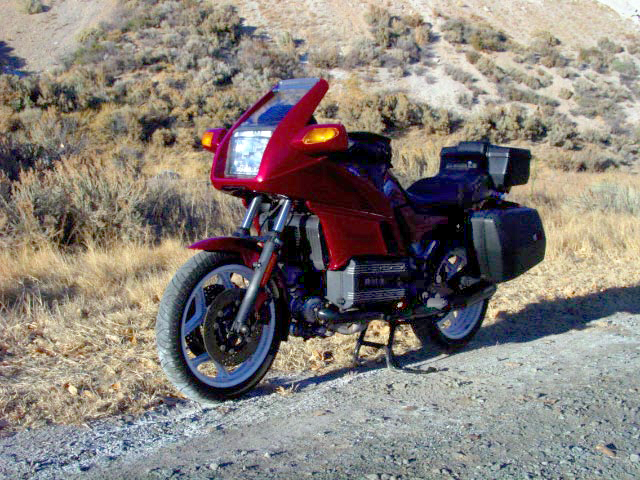 Mike Brown sent in this picture of a BMW Turbo with an interesting story.

"I love to see that there are a few that are interested in the Turbo bikes of yesteryear. I have collected classics since I have been in my twenties. You guys have some real nice bikes and the Turbos bump the ponies up a few notches.

I thought you might want to check this one out. I added this one this year. I picked it up from a friend of mine. He and Matt Capri worked on a few prototypes in 1993 in a quest for a new speed record at El Mirage. This is the one that had a 204 mph out of three runs. All the stock dressings are in place, but every thing else remains unchanged since the runs. This bike is a real sleeper. If you don't know what to look for, you would never suspect that there is over 200 hp in the brick motor. It was dynoed at just over 269 to the rear wheel at 15 lbs boost at 10,500 rpm. I have taken a few trips on it and it is a nice touring bike. Keep it under 5000 rpm and it handles like a stock bike. Once you push past 5000 you better hang on and especially know how much space you need to stop because you will be going real fast in very little time.

Anyways I thought you guys would enjoy the pict. Maybe see you on the road some time."